The announcement was made at the launch of the 28th annual Northern Ireland Travel and Tourism Awards, held in Bert’s Jazz Bar at The Merchant Hotel.

Revealing that this year the Awards will be a week earlier than usual, on Friday, October 11, Jonathan Adair of Northern Ireland Travel News, organisers of the Awards, said: “We are delighted to confirm that Charlie will be on stage hosting this year’s Awards.

“He is one of Northern Ireland’s best known actors, in no small measure due to his long association with Coronation Street. He is one of the Province’s larger than life personalities renowned for his down to earth Ulster humour.”

Enniskillen-born Charlie Lawson has had several stints in ‘Corrie’ over the years, but it was due to his first 11-year run in the series he became a household name. Charlie has also starred in Harry’s Game, the award-winning thriller set in Northern Ireland, and has also appeared in series like Doctors, Bread and Rosemary & Thyme.

Twenty years after opening their first Fiesta Hotel in Ibiza, The Palladium Hotel Group is considered to be the seventh largest Spanish hotel chain in the world offering some 14,000 rooms, with 12,000 staff employed in 50 hotels over six countries.

Also, there will be one new award this year – for the Best River Cruise Line – recognising the growing popularity of the river cruise market. European river cruises now make up around 90 per cent of all river cruise bookings from the UK and Ireland.

As in previous years there will be prize incentives on offer to encourage readers of Northern Ireland Travel News to vote in the various public voting categories… and this year there will the chance of winning one of no fewer than five attractive local hotel packages offered by hotels and accommodation providers. These include the venue for the Awards, the Slieve Donard Resort & Spa, the new George Best Hotel, the Malmaison, the Galgorm Resort & Spa and Lough Erne Resort & Spa in Fermanagh.

Draws will be made from the votes cast to decide the respective winners of the various prizes. Members of the Travel Trade can also vote in the Trade Only categories with the chance to be entered into a FREE DRAW for a pair of tickets and overnight accommodation at the Northern Ireland Travel and Tourism Awards in association with Blue Insurance.

As usual, the most coveted award, for the Northern Ireland Travel Agent of the Year, will be the last to be presented. Last year there was a new winner in one of the Province’s best known agencies, Terra Travel, from Lurgan taking the world globe for the first time.

There’s also expected to be keen competition for the Travel Consultant of the Year award. The finalists are nominated by public vote before being assessed by a panel of travel industry VIP judges. Voting is now open. Both the Travel Trade and Public can vote online immediately and via the voting forms in the next edition of Northern Ireland Travel News, which will be available in a few weeks time.

* Room Reservations at Slieve Donard – Rooms go on sale at 10.00am on Thursday, May 9. Contact Nora Hanna ([email protected])

NOTE: All Accommodation should be reserved and confirmed with the Slieve Donard Resort & Spa six weeks prior to the event

* Tickets are on sale now, but those already reserved must be paid for before places are guaranteed. 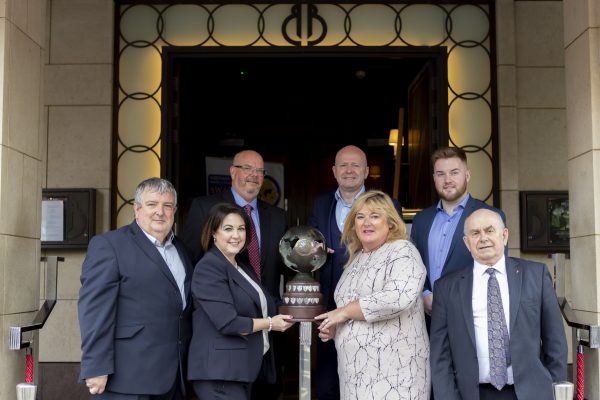 Open For Business! Travel Agencies Allowed to Open From Mid-June

Royal Caribbean Ditches the Onboard Buffet