Northern Ireland was in the spotlight last night tonight (Nov 25) as homegrown talent Jamie-Lee O'Donnell and Patrick Kielty heaped praise upon their homeland in a virtual event, hosted live from the world-leading visitor attraction, Titanic Belfast

Northern Ireland Travel News was one of a number of media outlets who were treated to a virtual evening with some of Northern Irelands top home-grown talent.

While the doors are currently closed, viewers were brought on a virtual tour through some of Northern Ireland’s leading tourism venues – firstly transported from their armchairs to the surroundings of Hillsborough Castle and Gardens to explore the stand-out food and drink that is making Northern Ireland a must-visit destination.

Simon Dougan MBE, a leading chef and Managing Director of Yellow Door was joined by NI Food ambassador, chef and radio broadcaster Paula McIntyre MBE for a walk through of some of Northern Ireland’s finest local producers and ingredients.

Musical recitals were performed against the backdrop of the beautifully decorated Ulster Folk Museum in Holywood. A moving performance featured ROE, the 19-year-old multi-instrumentalist from Derry~Londonderry, who has performed at Glastonbury, alongside Belfast-born Neil Martin, a composer whose work has been performed across the world from Ground Zero to The Royal Albert Hall. Both artists were involved in the recently launched ‘Folk Park Live’ at The Ulster American Folk Park in Omagh, a new tourism initiative which takes visitors through a 300-year musical journey.

The atmospheric Titanic Belfast was also the location for a performance from Ryan McMullan. The Portaferry native, who in recent times has toured with Ed Sheeran and Snow Patrol, gave a spine-tingling version of ‘Belfast City’.

Speaking about his love for his homeland and in particular the Mourne area, Patrick admitted that he had yet to conquer all seven peaks to be able to call himself “a proper Mourne man”. He said: “There are seven peaks, and if you are a fell runner like my brother, you do the seven peaks in one day, and if you want to try that you’re a good ‘un. I have done about four of them, so i haven’t done them all, but i think if you’re calling yourself a proper Mournes man you have to have them all done, so I’ve got a few more to do.”

When asked what she loved most about Northern Ireland, Derry Girls’ star Jamie-Lee O’Donnell said that the people were real the pride of this little part of the world.

“I think that there’s such a warmth to the people here, and it’s almost like a familiarity with people here. People speak to each other as if we are all sort of related. When tourists come in to visit Northern Ireland they always remark on the friendliness and how welcoming people are and i think that’s definitely true, even if you live here you get that vibe as well.

Reminiscing on her childhood in Derry~Londonderry where she grew up, Jamie-Lee said: “Where i grew up there was always forests and I was always running about in the summer. It always seemed like it was always sunny, which it probably wasn’t.”

The event was brought to a close against the backdrop of The MAC, the award-winning cultural venue in Belfast’s Cathedral Quarter and part of Northern Ireland’s internationally renowned eclectic arts scene, where Belfast-born West End singer Rachel Tucker performed within the empty theatre.

The virtual event brought to life the Embrace a Giant Spirit brand. Internationally renowned Belfast born artist, Colin Davidson, who was involved in the creation and design of the brand also participated in the virtual event, showcasing his fantastic artistic talent and speaking about his love for our little corner of the world being the inspiration behind some of his works.

Tourism NI, Director of Marketing, Naomi Waite said: “This virtual event has brought to life some of the very best of Northern Ireland. It paid tribute to our wonderful venues and tourism attractions, as well as our outstanding food and drink and the giant spirit of our people. We are grateful to journalists for their support at this event which recognised the resilience of our people. While things certainly look different at the moment, one thing that won’t change is the giant welcome you will receive from us when it is safe to do so.”

Tourism NI is reminding people that while our tourism providers are adhering to restrictions at present it is still possible to book ahead so you can enjoy the anticipation of taking a small step to a giant adventure at a later date. Discover Northern Ireland has a range of experiences that will allow you to truly Embrace our Giant Spirit. 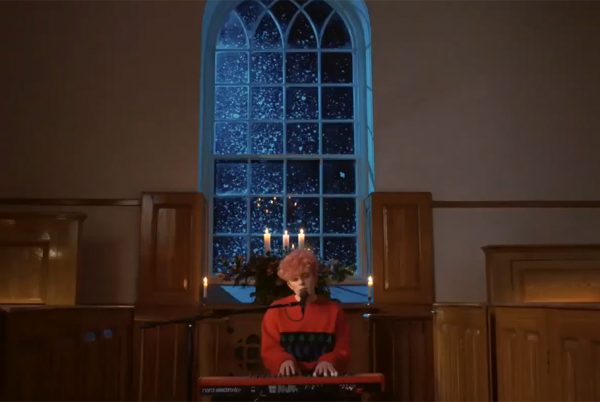 Plan Ahead Vancouver & Alaska Cruise May 2022

Airlines Call on Government to Plan Pathway for Recovery

Returning Holidaymakers Could be Forced into ‘Quarantine Hotels’