A Short History of the British B&B

Bed and Breakfasts have been a part of British life for many hundreds of years, where they evolved out of the grand tradition of inns located on the country's transportation network - the first inns opened as the first roads opened

Over the years Bed and Breakfasts have flourished in response to social trends:

Generous Victorian and Edwardian housing proportions created surplus capacity in homes. And during the Depression this became more pronounced as workers became itinerant. Households found that they had unexpected room capacity. To make ends meet, homeowners let out rooms to travelling workers.

Georgian interest in health gave way to the rise of Spa Towns across the UK which attracted wealthy visitors each year, many requiring lodgings.

The two wars of the 20th century also had an effect. Many large country homes were left without heirs and property prices, right up until the early eighties, were relatively affordable for entrepreneurial buyers.

Out of these difficulties and tragedies grew a thriving local, independently-owned accommodation sector.

Weekends and Bank Holidays: the emergence of predictable leisure time

The Victorians championed the concept of the holiday for all, introducing the Bank Holiday act in 1871 which established the first bank holidays in the UK.

The present-day concept of a two-day weekend also started to develop in the early part of the 19th century.

With the emergence of free time, workers looked for places to spend their new-found holidays. This gave rise to the UK’s Victorian seaside resorts and the growth of guest houses, lodgings and B&B industry.

The rise of the motor car

Britain’s cultural appeal to travellers and increased car ownership meant that many took touring holidays. A stay of a few nights at a B&B became the perfect interlude. It was a slow development. The first journey made in Britain by a ‘petroleum motor carriage’ took place in 1895. It took five hours and 32 minutes to cover a distance of 56 miles between Hampshire and Berkshire, not including rest breaks. But by 1934 there were close to 2.5 million motor vehicles on Britain’s roads, more than half of them private cars. This released a new generation of car owners to explore Britain away from the rail network.

After World War II, inland and seaside destinations became popular locations for B&Bs, with seaside locations especially acting as a magnet for holidaymakers in the summer months. Great snaking queues would form at London’s main railway stations on Bank Holidays as workers escaped to the seaside and countryside.

Throughout the 20th century, holidaymakers would frequent seaside towns, which catered for all needs with amusement arcades, concert and variety halls, beach attractions and piers. Blackpool became famous for its tower, illuminations and comedy and cabaret shows. Brighton was known for its two piers and became a mecca in the sixties for Mods and Rockers.

Low cost airlines and the EU

By the seventies, with the arrival of Freddie Laker and Skytrain, the low-cost airline option emerged. Britain had entered the Common Market.

Suddenly, British holiday makers found that they could travel to Spain, the South of France and the Italian coast with relative ease and at low cost, enabling them to sample the foods first hand that had electrified culinary interest with the publication of Elizabeth David’s Mediterranean Cooking in the 1950s.

Many began to leap frog the coastal towns and for a time they were in decline.

In recent decades, British holidaymakers have rekindled their affection for the British B&B.

Grants and investment in arts projects, the explosion of TV home-makeover programs, appeal of authenticity in tourism and the advent of satellite navigation, broadband internet and 3G and 4G mobile phones have all boosted the appeal of B&Bs. Today many British B&Bs offer outstanding tasteful accommodation with the latest amenities.

Equally important has been the nostalgic resurgence of quality ‘family time’ for parents of the new screen-obsessed generation of children. The Famous Five novels, which evoke an idyllic Britain, inspiring landscapes, delicious food and adventure, appeal to families keen to experience the best of the UK.

‘Staycation’: a new lens on holidays

Since the Brexit vote, British tourism has also been boosted by the exchange rate. This has served two functions. Firstly, it has made Britain even more appealing to tourists. Secondly, it has encouraged British holidaymakers to take breaks closer to home.

Prior to the internet and smartphones, B&Bs competed in a largely undifferentiated marketplace, hoping that good fortune and word of mouth would boost their bookings.

Until as recently as the early 2000s, B&Bs were largely reliant on listings in their local directories for their business. Illustrated guides from publishers like the AA kindled interest in the British countryside, but it was the plain text ads in local directories that led to bookings.

Today, online booking management platforms make powerful technology available to small accommodation provider at a fraction of the cost. Specialised travel advertisers such as Google, Booking.com, Expedia, Airbnb, HomeAway, Laterooms, and TripAdvisor give B&Bs the ability to market themselves professionally to a truly global audience. B&Bs can now share and use technology that would previously only have been available to larger hotel groups. This enables independent providers to compete on a level playing field with larger chains with their huge budgets.

Gone is the old directory. Today B&Bs advertise themselves online using major travel sites, digital and social media, hig-resolution images, 360 tours of the property, and more and they can now punch well above their weight in promoting their services and attracting customers.

The Best of British goes global

The essence of the British B&B is a warm personalised welcome, a great breakfast cooked to order, the hosts’ invaluable local knowledge and advice and the stories they are able to tell. Extraordinary decor, quirky buildings and unexpected art objects, complete the experience. 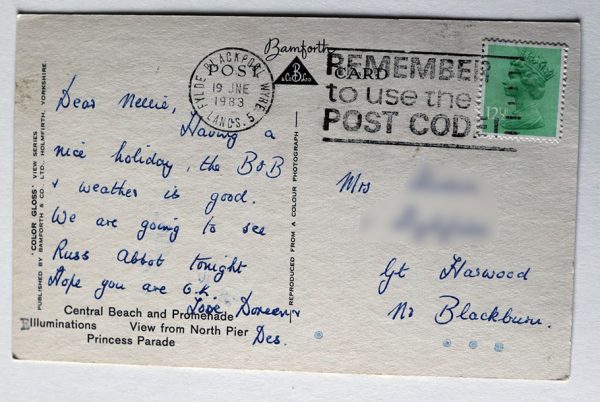